The punishment is meted out against the leader or leaders, reminding them of their broken commitments, and airing their dirty laundry in public—just as the operative would remind his targets of the consequences of crossing their handler. An additional distinguishing feature is that Putin is a master at adapting and changing his tactics.

He subordinates everything else to his main goals. He tries to remain flexible and to keep his options open so that he can adapt to changing circumstances. He approaches everything on a case-by-case, almost game-by-game basis. In each instance, he prepares stratagems in advance, and then plays his cards carefully to try to win on a particular issue and move forward onto the next stage of achieving his goals.

Vladimir Putin is somewhat unique in his style of leadership and in the methods he uses, but he is by no means an anomaly in his views within Russia—nor is the current personalized nature of Russian governance something out of the ordinary. A small inner circle around a strong leader is a central element in Russian political culture dating back to the tsarist era and extending through the Soviet period. Contrary to what might be the popular belief, given all the focus on Putin, the Russian president is not personally charismatic.

His popularity and appeal stem from his style of leadership—his perceived inscrutableness, his calm under stress and duress, his ability to adapt, and his promotion of Russia and its people first. Putin is not selling anything to Russians, nor is he especially interested in proselytizing abroad. Putin is not a Marxist-Leninist or Bolshevik or Communist like some of his predecessors. Like many other contemporary leaders internationally, he is a populist. Putin and his team have worked hard to manipulate and maintain a set of ideas that bolster and legitimize his policy positions. Ideology is branding—branding both Putin and Russia.

Putin presents himself as defending and securing what Russians care about. Since the war in Ukraine, as Russians, fed a steady stream of Kremlin messaging through the state media, have seen their national security threatened by the crisis, Putin has taken charge of forging a common albeit artificial sense of Russianness. As the president at war, Putin has to ensure unity—no fissures, no divisions, no fragmentation, no schisms Putin uses all these words constantly in his speeches can be permitted in society that might facilitate an outside attack.

In this regard, President Putin is a traditional conservative Russian politician. His domestic and foreign policy agendas are carefully crafted to reflect Russian mores and norms. All of the perspectives Putin presents in his speeches are ingrained in Russian elites and society. Any successor to Putin will be—and will have to be—as staunch a defender of Russian interests as Putin is. There is a general consensus in Russia, deeply rooted in the political elite since the collapse of the USSR, that the current world order, and especially the European political and security order, disadvantage Russia.

He wants to ensure that Moscow has maximum freedom of maneuver, politically, economically, and militarily. This is why Putin and other Russian officials constantly say that Russia should not be part of any formal alliances, as alliances usually come with obligations and constraints. Because of its status as a world civilizational power, Russia, in the view of many in the Russian elite, has special privileged interests in Europe, and also internationally.

With institutions like the EU, NATO, and with lesser powers, Moscow wants everyone to acknowledge that Russia has the right to block steps that it does not like. We can be sure that this is also the case when we look at the wars in Ukraine and Syria.

And there is a populist backlash against the EU and a strong resurgence in nationalist sentiment in many other European countries in the wake of the Eurozone economic crisis and in response to the unprecedented surge of refugees into Europe from Syria and other neighboring countries.

Although this narrative is flawed, much of the Russian elite accept it as ground truth—and many, including Putin, have done so since the NATO bombing of Belgrade in , and especially since the expansion of NATO to Eastern Europe in Putin has thus consistently pushed for a renegotiation of European security structures to downgrade the conventional military and nuclear role of the United States and NATO, and give Russia military and security parity with European forces.

Russia prefers flexible and low cost to Moscow bilateral security arrangements, with individual countries or with small sets of countries, in key regions along its borders like its pacts with Armenia, Belarus, Tajikistan, and others. Russia seeks to avoid treaties with mutual responsibilities, or situations where it has to contend and negotiate with a major political bloc of countries.

Dealing with smaller sets of European states, broken away from NATO or the EU in various regional theaters like the Arctic, the Baltic, the Black Sea, and the Eastern Mediterranean, would be much easier for Russia to digest strategically, and would give Moscow the clear military advantage in any configuration of opposing forces. We have been on a collision course with Russia for a very long time, and have failed to acknowledge it until Putin forced us to do so in when Moscow annexed Crimea.

As Clifford Gaddy and I outline in Mr. Putin: Operative in the Kremlin, since the U. Russian intelligence services knew that Saddam Hussein was bluffing about having weapons of mass destruction to deter the United States, Iran, and any other potential enemies from contemplating military action against him.

They made their views clear to American interlocutors before the U. Instead, they saw a blatant determination on the part of the U. President and his team to complete the unfinished business of the first Gulf war.

The Kremlin regarded these actions as encouraged—if not launched by the CIA and other Western intelligence services—rather than as spontaneous manifestations of popular discontent. Putin emphasized that any indication of Georgian and Ukrainian membership in the NATO alliance was a red line for Russia, but his threats were repeatedly dismissed in Western capitals. It demonstrated that Putin was now likely to resort to military force in other circumstances when Moscow deemed that its position was not considered on an issue critical to Russian security.

The war was also a significant turning point for the Russian military. Operational setbacks during the conflict were analyzed and assessed and used to guide the further modernization of the armed forces. In addition, Putin and his security team closely observed the reactions and political responses of the U. They took the lack of U. Russia had long-standing interests in the Middle East in general, and Syria in particular, dating back to the tsarist and Soviet eras. If Assad was brought down by the Syrian opposition, or was pushed out by the United States, there would be no responsible party to step in and maintain the coherence of the Syrian state.

Assad would have to stay in place until someone could be identified to keep some semblance of the Syrian state together. From now on, Moscow wants to be an agenda setter and order creator in the Middle East. In the same way that Putin wants Russia to have a veto in Europe, he now seeks one for Russia in the Middle East, where the complete collapse of Syria, and the emergence of alternative regional orders imposed by any of the religiously-based extremist groups, would create disorder at home for Putin.

Indeed, Syria is as much a domestic dilemma for Russia as a foreign policy problem. Russia has the largest, indigenous Muslim population of any European state. Islam is the older religion in Russian territory—establishing itself in Kazan among the Tatars of the Volga region shortly before Christianity took hold among the Slavic population in the 10th Century.

Update newsletter preferences. Vladimir Putin puts spotlight on US foreign policy when asked if he wants to rule world. Comments Share your thoughts and debate the big issues. Join the discussion. Please be respectful when making a comment and adhere to our Community Guidelines.

Create a commenting name to join the debate Submit.

Cancel Post. There are no Independent Premium comments yet - be the first to add your thoughts. Follow comments Enter your email to follow new comments on this article. Thanks for subscribing! Vote Are you sure you want to submit this vote? Submit vote Cancel. 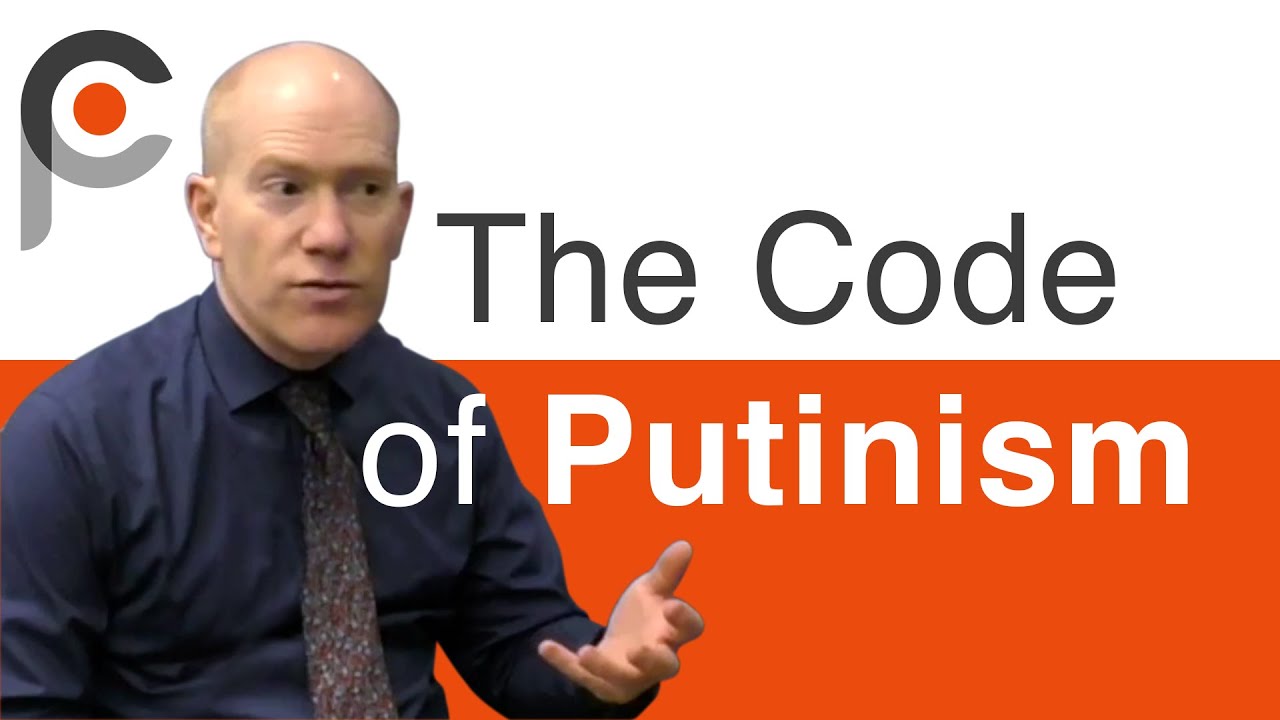 
Cancel Flag comment. Subscribe to Independent Premium to debate the big issues Want to discuss real-world problems, be involved in the most engaging discussions and hear from the journalists? Russian politician Boris Nemtsov and commentator Kara-Murza define Putinism in Russia as "a one party system , censorship , a puppet parliament , ending of an independent judiciary, firm centralization of power and finances, and hypertrophied role of special services and bureaucracy , in particular in relation to business".

Corruption is what happens in all countries when businessmen offer officials large bribes for favors. The businessmen, the politicians, and the bureaucrats are the same people. Such views are also shared by politologist Julie Anderson who said the same person can be a Russian intelligence officer, an organized criminal, and a businessman. He may be what he says he is. He may be a Russian intelligence officer working under commercial cover. He may be part of a Russian organized crime group. But the really interesting possibility is that he may be all three and that none of those three institutions have any problem with the arrangement.

According to politologist Glinsky, "The idea of Russia, Inc. In April , Putin himself expressed extreme irritation about the de facto privatization of the customs sphere, where smart officials and entrepreneurs "merged in ecstasy" Moscow News, April Some observers discuss ideology of new Russian political elite. Politologist Irina Pavlova said that chekists are not merely a corporation of people united to expropriate financial assets.

They have long-standing political objectives of transforming Moscow to the Third Rome and ideology of "containing" the United States. He said that "Putinism is becoming a toxic brew of nationalism directed against neighboring nations, and populist envy, backed by assaults of state power, directed against private wealth. Putinism is a national socialism without the demonic element of its pioneer From Wikipedia, the free encyclopedia. Political system of Russia during leadership of Vladimir Putin.